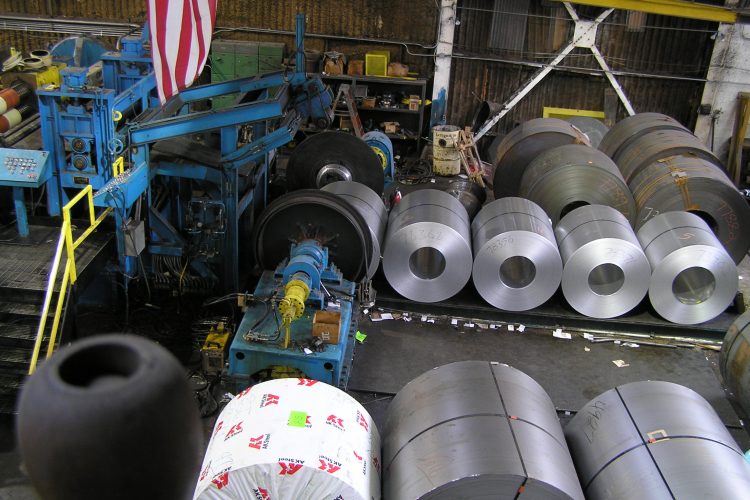 All modern rolling mills have to be able to remove the rolls quickly, especially the work rolls.  The work rolls wear and get damaged from time to time.

Before removing the rolls, spindle clamps located on the rear of the mill are used to clamp the universals or spindles accurately so when new rolls are put back in they line up perfectly with the spindles.  Spindles can be spherical gear type enclosed in grease or they can be large, forged “U” type universals.  Many older rolling mills have a four-leaf design, which make noise when the rolling mill is running, especially at low speeds.  Refer to Photo #3004.

Load cells are positioned between the hydraulic cylinder top chocks.  Load cells not only tell the operator what the separating force is at each pass, but they can be automatically applied to control the hydraulic pressure accurately for skin pass rolling.