STUDENTS FOR OTHER STUDENTS (S.O.S)

In 1989, inventor, businessman, and philanthropist Ford Cauffiel became aware of the serious fiscal and social costs of illiteracy. Attributing his own achievements to peer tutoring that gave him self-confidence and a taste for success and reflecting on the advantages he had noted in cross-training in his own business, Mr. Cauffiel created Students for Other Students (S.O.S.).

S.O.S. is a nonprofit 501(c)(3) organization dedicated to raising money from foundations, corporations, and individuals for the promotion, operation, and funding of peer tutoring programs (which includes cross-age tutoring) in school districts to pay students to tutor other students who are falling through the cracks. It was born from the belief that illiteracy is not incurable, but rather the product of gaps within our educational system. S.O.S. seeks to enhance existing schools by filling these gaps and providing students who are falling behind, the additional academic assistance, encouragement, and opportunities needed to help them reach their potential.

Impact  Schools with S.O.S. programs have reported positive academic results. For example, in reading – 88 percent of students tutored in the Evergreen school district showed improvement on test results while at Whittier third and fourth grade tutees scoring in the limited range (40-57.5%) on the Ohio Proficiency Test (60% is passing) raised their average score in five months to the accelerated or above proficient range.

At Edwards Best Elementary there was a 100% improvement in math scores. Teachers, tutors, parents, and peers cited the improvement not only in the tutees academic habits and achievements, but also in their self-confidence and positive social interactions. 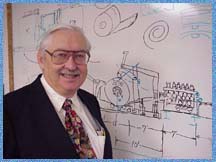 Some school districts (e.g. Franklin, North Carolina) have used S.O.S. as a pilot project and once proven cost-effective and successful, have expanded it into other schools and counties. In 1999, Toledo Public Schools instituted a S.O.S. peer tutoring program which continues today and may be one of the factors responsible for its recent upgrade from the lowest possible designation of academic emergency to continuous improvement, becoming the first large urban district in Ohio to reach this category.

”I want you to know what a program such as yours means to a district like ours. I consistently see in our students the desire to learn and achieve. Unfortunately many of our students do not have the kind of support from home that encourages these feelings. This means that our teachers have to work harder at school to keep our students motivated and that desire aliveWithout a doubt, this program [S.O.S.] has been THE most important program that we have instituted…It is the single most effective method for helping our at-risk students. We would not be able to have a program without your help.”